Research commissioned by leading Trichologists revealed that one in five of the UK women surveyed over the age of 25, reported suffering from hair loss or thinning with 58% of those saying it affected their confidence so much so that 47% actively avoided social events.

Crash dieting, stress and oral contraceptives being among factors playing a role in the rise of women experiencing issues, in addition to the fact that hair density reduces generally after the age of 30-35.

When it comes to men at least 50% experience some hair thinning increasing to 85% after age 70. Male pattern baldness is an inherited trait, but often you do not follow your parent’s hair loss exactly.

The precise cause is not really understood, but three factors need to coincide: the genetic factor, age and the presence of DHT, which is a highly concentrated form of the male sex hormone testosterone.
“The most common types of hair loss are general thinning such as male pattern and female pattern hair loss and a diffuse shedding, which means an increase in the normal amount of falling hair’, explains Jane Mayhead MIT Consultant Trichologist .

If you experience hair fall, which often shows as an increase in the normal amount of hair shed and is generally observed in the washing and grooming process. Normal hair fall can be up to 100 hairs a day. If you see more than this you could be suffering excessive hair fall. With a period of shedding a third more hair fall can be experienced when this happens then it’s worth assessing any underlying factors. 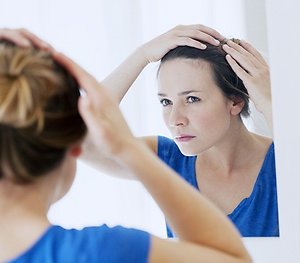 In women the loss is also restricted to the frontal and crown region however, it appears as more of a thinning without the recession of the frontal hairline. The degree of loss in women seldom reaches the extent of loss seen in the men.

Treatment can be very effective in men and women to slow down the progression of loss if the condition is treated early. For more advanced loss Hair replacement is generally the best option. To discuss the best treatment options contact the clinic for a consultation

One of the most frequently seen forms of hair loss in women is a condition called Diffuse Alopecia. It is called this because there is a diffuse or distributed shedding of hairs across the scalp. It is also known as Telogen Effluvium (CTE) or Shedding.

This type of hair loss can occur at any age, its onset can be quite sudden and is often noticed by an increase of shedding hairs in the washing or grooming process. Frequently seen together with widespread decrease of hair density rather than a bald patch.The cause of this ‘increased shedding’ can be as a result to intense stress on the body's physical wellbeing, severe illness, hormonal system or as a reaction to medication. Dieting and nutritional deficiencies can also be a factor.

Generally, the shedding develops around 6-8 weeks after its initial trigger. Often the condition rectifies itself within about 6-12 months, although for some it can become a chronic problem or even be the early indication of more long-term hair loss problem, such as Androgenic Alopecia.

Once the cause is established the treatment will very much depend on this however, nutrition is important to aid recovery whatever the cause.
If a consultation is required you can make an appointment at one of the clinics. 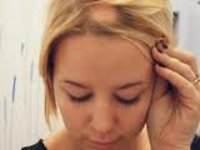 The less frequently seen than the other mentioned hair loss conditions,
but can be the most distressing.
Approximately 2% of the population develop this condition at some point in their lives.
The condition is characterised as one or more patches of reversible baldness in any hair bearing area. In more severe cases this can lead to Alopecia Totalis (total scalp hair loss) or even Alopecia Universalis (complete loss of all scalp and body hair).
The areas of hair loss may appear suddenly or gradually. Most frequently it is noticed when grooming the hair, (often by the hairdresser), rather than excessive hair fall.
The severity can differ greatly between cases. A person may develop just one patch or several. Areas of hair loss can merge to form large areas of baldness.

Stubble hairs may be observed around the borders of a bald patch, these hairs termed 'exclamation mark' can be an indicator that the condition is active or progressing.
Treatment may help improve the rate of hair growth and in many cases stop or reduce hair loss. The success rate is higher in individuals who begin treatment at the onset of a patch, than those who have suffered for years. However, all is not lost!

A full case history needs to be explored and certain blood tests may be required. This is done primarily by taking detailed information during the consultation.
Treatment very much depends on the outcome of the consultation,and or blood test results.

If a consultation is required, you can make an appointment at one of the clinics.Appointments

Male pattern baldness is thought to affect at least 50% of the adult male population. The hair follicles in the front and crown area produce hairs of a shorter growth cycle; with each succeeding growth cycle thinner hairs are produced.
Development of the baldness depends on genetic predisposition, age and the presence of hormones.
The early stages of the balding process are generally noticed as `thinning hair’ with the onset characterised by its M-shaped recession at the front of the hairline and thinning at the crown. The exact pattern and degree of the hair loss in a particular person is largely unpredictable but some indication may be found in the appearance of close family members. That said the progression of pattern hair loss in men and women was classified in stages and a scale was developed by Drs Hamilton and Norwood There are seven levels of male loss in the Norwood scale: 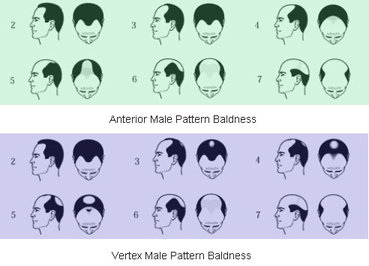 To treat male pattern hair loss successfully very much depends at which level on the Norwood scale the hair loss is. There are numerous treatments on the market, all with varying success rates.

Topical treatments containing the medication Minoxidil can work well on levels 1-3 but if level 4 has been reached then it is less likely to be successful. Combining it with oral medication Propecia will make success more likely. Level 6 and 7 are unlikely to respond to Minoxidil or even Propecia particularly at level 7.

The best way to treat level 6 and 7 is with hair replacement. This can come in two forms surgical or non-surgical. Both can replace the hair to a level which can resemble the hair to level 1-2. If you are suffering from Male pattern hair loss and would like some advice on the treatments mentioned all are available for the clinic.

The Trichologist will need to do a hair replacement consultation to decide the best and most suitable treatment option. Please contact the clinic for an appointment.


Less common forms of hair loss are the kind that affects the condition of the scalp.

Traumatic Alopecia - When an outside agent causes physical damage, or trauma to an area of the hair and scalp, resulting in a patch of hair loss at the site of the injury. A particular type or patch of hair loss may be referred to by its causing factor such as traction, or by it is location on the scalp.
The possible causes of chemical or mechanical injury to the scalp by external factors are many. The hair may be pulled from the follicles, the shafts may be broken, or if the injury penetrates the deeper layers of the scalp, the living follicles may be injured. Lack of visible follicular openings in the bald area indicates destruction of the underlying follicle and of course, permanent hair loss will result.

Traction Alopecia
Prolonged periods of traction may result in the hair being slowly pulled out of it’s follicle or the hair itself being stretched and broken, producing significant hair loss without the client being aware of the cause. More frequently sufferers are female, who are subjecting some areas of the hair to repeated stress. Braids, ‘ponytail’ hairstyles, headbands, or tight rollers all can cause hair loss at the site of the tension. Afro type hair is particularly likely to develop such problems by wearing tight rows of braids or using various hair-straightening devices such as ‘hot comb’.
Re-growth may be delayed from three to nine months but eventually will restore the area. However, if the follicles have been destroyed the hair loss will be permanent. As long as the traction continues, the disorder will progress, slowly increasing the scarring in the area under tension. In most cases of traction alopecia, determining the cause is necessary to solve the problem; normal re-growth is possible, unless the follicle has been permanently damaged. Long sustained tension of sufficient force gives rise to characteristic succession of changes that begin with redness and swelling around the follicle and proceeds to folliculitis, (inflammation of the hair follicle). In early stages, there may be broken hairs in the area. Eventually there will be prolonged hair loss, and finally, as scaring takes place, the hair loss will be permanent.

Scalp Scaling and hair loss
Some chronic scaling conditions of the scalp, such as Seborrhoeic Dermatitis can lead to some hair loss, or thinning. Generally this is due to itching, causing the sufferer to scratch the scalp. A build up of scale can also cause inflammation, and soreness to the underlying skin. This type of scalp condition needs a proper care regime with the correct type of topical treatments to control the scaling.

The term "cicatricial alopecia" refers to a varied range of uncommon skin disorders that destroy the hair follicle, leaving in its place an area of scar tissue, which can lead to permanent loss of hair. In some instances hair loss can go unnoticed for long periods, without symptoms and be slow to progress. In other instances associated symptoms such as itching, redness or even a painful scalp can be experienced with a faster progression. This inflammation can lead to the destruction of the hair follicle below the surface of the skin leaving scar tissue on the visible scalp. Cicatricial alopecia can occur in healthy individuals of any age, at any time. The types that primarily consist of associated symptoms such as inflammation/ redness can include Lichen planopilaris, frontal fibrosing, pseudopelade.Others such as Folliculitis decalvans, Discoid lupus erythematosus can include scaling or pustular areas. For other types of scarring alopecia see Traction Alopecia

The Maylan Centre
62A High Street
Rochester
Kent
ME1 1JY

Online consultations
As the current situation escalates with the ever likely prospect of self-isolation, social distancing and concerns about ‘unnecessary journeys’ it has been decided to allow online consultations so you can still access help with your hair loss & scalp problems.

An ‘On-line Consultation’ platform has been introduced at the clinic to enable a consultation with you face to face via web-cam.
Usually, in clinic consultations are conducted including a detailed case history with a thorough scalp examination, this may include samples for microscopic examination. Once all the information and examination is completed a preliminary or confirmed diagnosis can be made for the problem.

Treatment for the problem can then be discussed or further tests may be needed to confirm or complete the diagnosis such as blood analysis. Follow up and further advice may be needed.

Using the online consultation system, the process will differ to some extent. Although the detailed case history can be taken, a thorough scalp examination will not be performed and only general observations can be made. This means more of a preliminary diagnosis will be given subject to and an ‘in clinic’ follow up required with a more physical hair and scalp exam at a later stage. You may also be asked to perform hair collection tests and assessment of certain blood levels where necessary.

Follow up letters will state that this was a remote consultation due to the current situation form the Coronavirus crisis.